Kesu Ee Veedinte Nadhan OTT Release Date: The poster for the movie hints at Kesu Ee Veedinte Nathan being a light-hearted family entertainer. It featured Dileep in a makeover, playing someone in his 60s with thinning hair and a paunch. He was accompanied by his family played by Urvasi, Vaishnavi from June and Naslen from Thanneer Mathan Dhinagal, all posing next to a car of ‘Keshu Driving School’. The anticipation and hype for the movie have been building since the release of the poster, with fans expecting a vintage Dileep comedy. My Santa, directed by Sugeeth, was the actor’s last film. 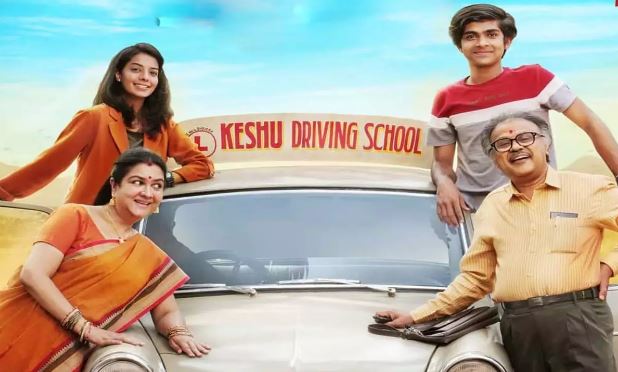 It was released in December 2019. Kesu Ee Veedinte Nathan also features Anushri, Harisree Ashokan, Kalabhavan Shajon, Hareesh Kanaran, Swastika and Jaffer Idukki among others. Nadhirshah made his directorial debut with Amar Akbar Anthony, which became a hit and made the director an instant favourite. His second film, Kattappanayile Hrithik Roshan was also well received by the audience.

Kesu Ee Veedinte Nathan is Nadhirshah’s fourth movie as director and stars Dileep in the lead role. The highly anticipated movie is currently under production and the director shared a photo from the location in Pollachi, Tamil Nadu on Saturday. The photo, which was taken during the shoot of a song, has Nadhirshah with Dileep and Anushree. Dileep can be seen in costume as “Kesu”, the character he will be playing in the movie. Seen to be wearing a retro outfit, the photo is sending fans into a frenzy. A poster for the upcoming movie featuring Dileep’s character was released last year and the audience has been waiting since for the family entertainer. The movie’s shoot came to a halt multiple times owing to the coronavirus pandemic but the production has restarted and is currently taking place in Pollachi.